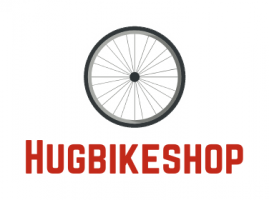 POC Crane MIPS MTB Helmet (Fabio Ed.)From launching dirt jumps to getting creative in the bike park to flowing around the urban jungle, the POC Crane MIPS MTB Helmet keeps your head protected in the event of a fall. And Fabio Wibmer graphics give a classy finish to this stylish lid.POC Fabio Wibmer Special EditionFrom tearing up snowy Alpine pistes, launching huge stair sets in Paris and to kicking up scorching desert sands, Fabio Wibmer is pushing freeride mountain biking to new heights of progressiveness. And now he’s teamed up with POC to give you his own Special Edition products. You just need to push your skills to be just like Fabio.Urban Protection PerfectedWith its perfect blend of comfort and protection, the POC Crane MIPS MTB Helmet really does deliver outstanding safety for all your urban biking adventures. To keep your head safe when it goes wrong, the advanced dual-density EPS liner offers an extra level of protection against both high force and low force impacts. The extremely stiff outer, considerably thicker than most in-mould designs, absorbs the high energy impacts of a high-speed fall while the inner core soaks up the low energy impacts of slower speed falls. MIPS TechnologyYou’ll also benefit from the MIPS technology within the Crane Hemet. The Multi-directional Impact Protection System (MIPS) is a proven system that reduces the rotational forces on the brain when you’re involved in a crash. The forces are absorbed and redirected to prevent them from being transmitted to the brain. Ultimately, this keeps adds safety when compared to a non-MIPS helmet.Cool ComfortFor those that shred aggressively, the Crane also provides impressive breathability and maximises the flow of air around the head. Ride hard. But keep cool. The lower shell wrapping offers all-over head protection while strap anchors have been moulded inside the liner for an extra layer of safety.Having been moulded into the impressive creation it is thanks to input from POC’s impressive talent pool you can now mirror Fabio with the Crane MIPS Helmet.Features:Progressive coreDual-density EPS linerIn-mould constructionMIPS brain – protection technologyLower shell wrapping around the helmet edgeStrap anchors moulded inside the linerGenerously ventilatedBuy POC Protection from Chain Reaction Cycles, the World’s Largest Online Bike Store.